It’s madness in Indianapolis as USC is dancing their way to the Sweet Sixteen for the first time in 14 years. After handling Drake in the first round of the March Madness tournament, the Trojans routed the Kansas Jayhawks on Monday night, defeating the number three ranked seed 85-51.

It was a big night for the Mobley brothers, as the big men combined for 27 points in a night dominated by in-the-paint possessions. Nowhere to be seen was Kansas big David McCormack – widely seen as the Jayhawk’s best player – as he was locked down by the Trojan’s stifling defense.

The Jayhawks were ultimately outworked on both sides of the floor. Kansas head coach Bill Self, a tournament veteran, had no answer for tournament newcomer Andy Enfield’s offensive schemes that spaced out the floor and allowed shooters to get open. While it certainly helps to have the projected number two overall pick in this year’s NBA draft in the paint nearly every-possession, coach Enfield deserves praise after perhaps the best USC victory in recent program history.

The third worst lost in Jayhawk history, this was a great overall team win for the USC Trojans. Now the men of Troy look to face a familiar foe in PAC-12 rival Oregon in the Sweet Sixteen. While the Trojans dominated the Ducks 72-58 in February, March has proven to be the time to expect the unexpected. 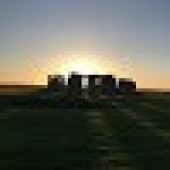 At the End of the Day, Vegas Always Knows… So Why Pay Cappers?